The event, attended by maritime experts, industry leaders, and key stakeholders, including Secretary of State for Northern Ireland, Brandon Lewis, Minister for the Economy, Gordon Lyons, and Minister for Agriculture, Environment and Rural Affairs, Edwin Poots, unveiled ‘Pioneer of Belfast’, Artemis’ workboat prototype which has recently been undergoing sea trials in Belfast Lough.

“It was a pleasure to host partners, Ministers, and stakeholders at our facility and to showcase our innovative designs that are supporting the decarbonisation of maritime and contributing towards essential green growth.

“The new solutions we are creating here in Northern Ireland are heralding a return to shipbuilding for the region and placing it as a world leader in zero carbon technology.

“We are delighted to have the support of so many and a shared vision of how Northern Ireland has a crucial role to play in green technology.”

Having toured Artemis Technologies’ headquarters, explored ‘Pioneer of Belfast’ and experienced one of the world’s most advanced hardware-in-loop (HIL) simulators, Secretary of State for Northern Ireland, Brandon Lewis, agreed that ‘the talent and expertise at Artemis Technologies is playing an important role in helping Northern Ireland and the UK reach Net Zero targets.’

The impact Artemis’ innovations and developments are going to have on the transport sector was also showcased through Q&A sessions with industry leaders including John Napton, CEO of Condor Ferries, and Director of Economic Development and Belfast City Council, John Greer, and Member of Parliament, Nusrat Ghani.

Having exhibited its unique Artemis eFoiler®, focus now turns to globally launching later in June its full range of 100% electric foiling workboats which will reduce energy usage by up to 90% and emissions by 100%. 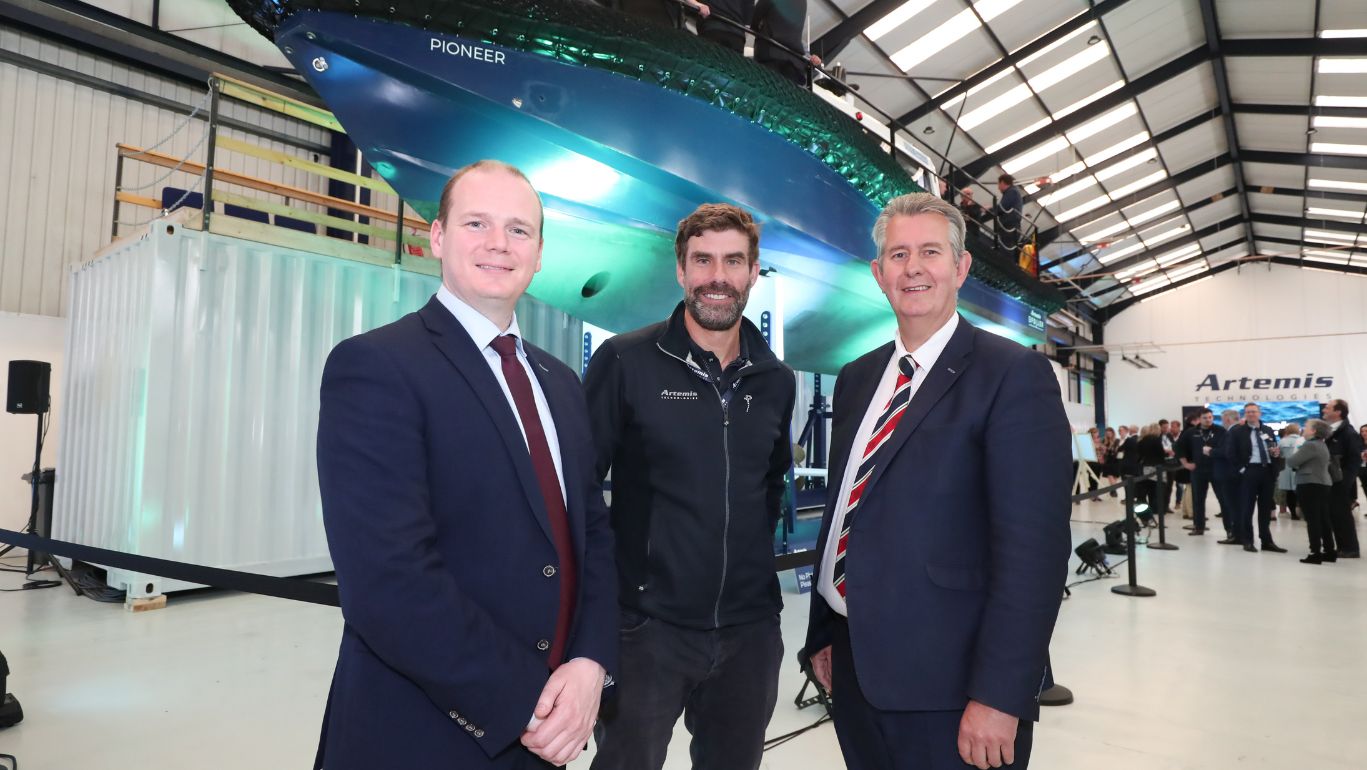