A supervisory board has been appointed to oversee the Belfast Maritime Consortium’s project to develop revolutionary zero-emission ferries in the city.

Earlier this year, the 13-partner syndicate, headed by Artemis Technologies, won a £33 million government innovation grant for the plans from the UK Research and Innovation’s flagship Strength in Places Fund.

Working closely with the SIP Programme Director, Prof. Mark Gillan, the supervisory board will provide strategic leadership and support to the Belfast Maritime Consortium UKRI Strength in Places project, and oversee its successful completion.

Speaking ahead of the board’s first meeting, Ms Ghani said:

“It is a pleasure to be appointed Chair of the Supervisory Board which will play an important role in overseeing the successful completion of the Belfast Maritime Consortium’s project.

“Including private funding from consortium partners, the total investment in Belfast will be around £60m over the next four years, it will create an initial 125 research and development jobs, and lead to more than 1,000 in the region over the next 10 years.

“However, the impact will go much further. The zero-emission fast ferries to be designed and built in Belfast will herald a revolution in green maritime transport that will have an impact around the world.

“As countries across the globe seek solutions to become carbon net-zero, the UK will lead the way, with Belfast at the centre. It is a privilege to play our part.”

Nusrat Ghani MP
Nusrat Ghani is the MP for Wealden in East Sussex.
She was formerly a Transport Minister with responsibility for Maritime, HS2, buses and taxis, transport accessibility, and she was the Government-wide Minister for the Year of Engineering in 2018. Her achievements include delivering the Maritime 2050 strategy for long term growth in the sector, the UKs first Clean Maritime Plan following the successful global campaign to reduce emissions with the International Maritime Organisation, the UKs Women in Maritime Project, and the world’s first overarching Accessible Transport Strategy aligned to UNs goals. She also steered the legislation for the second stage of HS2 through Parliament and has chaired the Prime Minister’s Apprenticeship Diversity Network. After leaving government she joined Parliament’s Business, Energy and Industrial Strategy Select Committee, is on the Speaker’s Panel responsible for chairing Parliamentary debates and legislative committees, is a UK Parliamentary representative to NATO and delegate of the NATO Science and Technology Committee, and is a Senior Fellow at Policy Exchange where she has published a post-Covid Maritime Plan.

Dr Jayne Brady MBE
Digital Innovation Commissioner, Belfast Region City Deal
Electrical and Electronic Engineer with extensive board/executive experience within blue-chip corporations, start-ups and funding ecosystems. Recent roles include Partner in £100Mn+ Venture Capital firm and co-founder of Artificial Intelligence start-up. Jayne sits on the newly appointed UK Government Innovation Expert Group and is an Entrepreneurial Advisor to Oxford University. Is a Fellow of the Institute of Directors, Institute of Engineering and Technology and the Irish Academy of Engineers.

David Morant
Managing Director, Scorpio UK
David joined Scorpio UK as Managing Director in 2015. He is based in London and is responsible for group wide strategic development. Scorpio is the world’s largest owner of tankers through its NYSE listed entity Scorpio Tankers (STNG:NYSE) and has additional interest in dry bulk and ship management. This year David led Scorpio’s recently announced strategic entrance into renewable energy – specifically the installation of the next generation of offshore wind turbines. Prior to joining Scorpio, David worked for Soros, SAC Capital and CQS in London as Senior Portfolio Manager and Partner. He started his career in investment banking with JPMorgan. David graduated in Modern History and Economics from Magdalen College, University of Oxford.

Joe O’Neill
CEO, Belfast Harbour
Joe was appointed CEO of Belfast Harbour on 1st January 2018 having joined the organisation in 1997 and having held a number of prior roles within Belfast Harbour including Commercial Manager, Port Manager and Commercial Director. Joe has had lead responsibility for all major port and infrastructure projects in the Belfast Harbour Estate over the last 14 years with cumulative investment of c. £300m. Prior to joining the Port, Joe held positions with Undus Ltd and Cantrell and Cochrane Ltd. Joe is a board member of the Simon Community and CBI council and previously was Chairman of the MAC theatre in Belfast, stepping down on 31 December 2017.

Dr Iain Percy OBE
CEO, Artemis Technologies
Iain is a four-time Olympian, three time Olympic medallist and double Olympic champion. He is also a veteran of four America’s Cup challenges, beginning in 2005 as helmsman for the +39 Challenge, before joining Great Britain’s America’s Cup challenge, Team Origin. After retiring from Olympic competition in 2012, he joined Artemis Racing as a tactician, and was appointed Team Manager in October 2013. Passionate about protecting the oceans, the economics graduate founded Artemis Technologies in 2017, with a mission to see how America’s Cup technology could play a part in the decarbonization of the maritime industry. He has overseen the company’s transition from a sailing services provider, to an applied technologies company focusing on green innovations for marine transportation.

Harry Theochari
Partner & Global Head of Transport, Norton Rose Fulbright LLP
Harry Theochari is a shipping and asset finance lawyer based in the London office of Norton Rose Fulbright LLP, where he is Global Head of Transport. He is also the Chairman of The Maritime Industries of the United Kingdom and the Vice Chairman of Maritime London. Harry has been named by Lloyd’s List as the most influential shipping lawyer in the world, has been recognised by Tanker Shipping & Trade as one of the 50 most influential people in the tanker industry and is cited by Chambers Global as a leading individual for shipping finance. 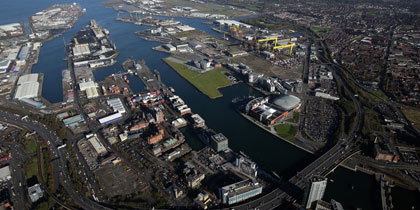